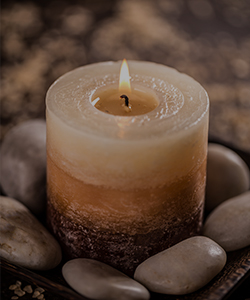 Harold A. Gurkowski, age 79, of Winneconne, died Thursday, July 22, 2021, at Ascension Mercy Hospital in Oshkosh surrounded by his family. He was born November 1, 1941, in Berlin to Anthony and Josephine (Nimke) Gurkowski. Harold was a graduate of Oshkosh High School. For three years he served in the U.S. Air Force. While serving in the Air Force in England he met Sheila Parsons and they were married on May 2, 1964. For 40 years Harold was employed at Oshkosh Truck until his retirement. He had been a member of the Winneconne/Poygan Fire Department and was a member of Lord of the Lakes Lutheran Church. Harold enjoyed hunting, golfing, attending his grandchildren’s activities, casino trips, trips with friends to Mackinac Island and Wisconsin Dells, and baseball and Badger games with his sons.

Preceding Harold in death were his parents, Anthony Gurkowski, and Josephine Werner; and a sister, Joyce Brunner.

A visitation for family and friends will be on Wednesday, July 28, 2021, from 10:00 a.m. until Noon at Mueller Funeral Home 904 E. Main St. Winneconne. A funeral service will be held on Wednesday at Noon at the funeral home with Pastor Kevin Heffernan officiating. Burial will follow in the Welsh Cemetery, Berlin.

MaryKaye Walter wrote on July 27, 2021
Harold was such a great guy. You know a man loves his wife when he talks about her without being prompted. Tells you about her being the Best Cookie Baker, and brings you some to prove it. Yes, definitely... she’s the Best! Harold always talked about his family too. He liked to be busy, whether he was mowing grass for someone or taking great pride planting his petunia tree, or just going to watch kids play baseball. Harold, you were a favorite greenhouse customer and friend. To his family, he loved you all so much. I will truly miss him. I picture him with Jo and Nona smiling his beautiful smile and catching up. My deepest sympathy to you all.

Lynn Thill wrote on July 25, 2021
Steve, Linda, Michael and Nicole and family, Please accept my condolences on the loss of your father /grandfather … I am so sorry for your loss. I remember him at every baseball game watching Michael and the team! He was a true fan! Those were wonderful memories that you will always have! Thinking of you all in prayer Lynn Thill